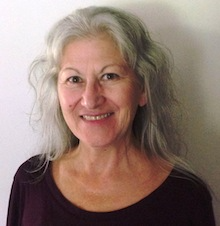 Thousands of years ago, yoga’s sages explained that energy became light. Light became matter. Everything is made of light.  Scientists now agree, calling it the Big Bang, but they’re still trying to figure it all out.  Yoga explains it fully:

“The Big Bang was not an explosion, with light expanding into a field of darkness. It was an implosion, with Shiva contracting within Shiva’s own being to contract light into matter and bring the universe into existence.”  — Swami Nirmalananda (Dark & Light, December 2010)

This means you are made of light. More than that, you are the source of the light that has become the universe.  It shines from within your being. So, let it shine! 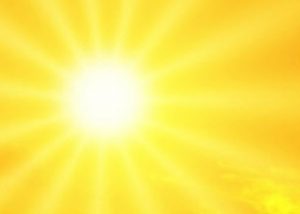 Svaroopa® yoga poses accomplish this by dissolving the unnecessary tensions in your body. When you release these physical tensions, your mind becomes calm. When your mind is calm, you experience who you are — beyond your mind. You know your Self as the light of Consciousness you are.

My teacher, Swami Nirmalananda, says, “You are that light, that presence, that beingness. You are that which the ancient yogis called That.”

While you are born into contraction, the ultimate purpose of human life is to turn that process around, so you can expand into your That-ness. Yoga specializes in inner expansion, the process by which your light shines from your innermost being, fills you from the inside and flows into your life. Yoga removes the blocks that prevent your light from pervading your body and shining into the world.  Yoga’s process reveals your Self, your inner source, to you.

Doing poses, reading books and watching videos are a way to put a toe in the water, testing out if you want this inner expansion. To go further, you need a guide, someone who has gone through the process and thus can direct you in the most efficient and effective way. You need a Guru, one who can take you from darkness (gu) to light (ru).

You are at your best when you are aglow with your inner light. You experience light, love and joy and share it with others. This is how you want to live in every moment of every day. When you have the experiential knowing of your That-ness, you recognize everyone is That as well. You see the light shinning in everyone and everything, already there.  You experience life and everyone in it in a whole new way. 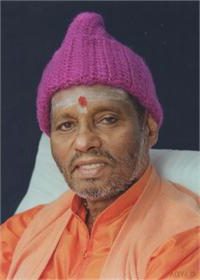 A disciple once asked Swami Muktananda , “Who are you?”  Baba replied, “Certainly, I can say one thing: I am that which people call That.” (From the Finite to the Infinite)

This is not new. This teaching has been passed down through the ages; it is the essence of our yogic tradition. Generation by generation, teacher passed it to disciple, repeating the cycle since the beginning of time. My teacher is guiding me along the path to knowing I am That. In the beginning, I got glimpses. Now I am becoming more and more established in my own source, my Divine essence. I am the light that fills me and flows into the world.

Remember:  “You are that light that presence that beingness. You are that which the ancient yogis called That.”