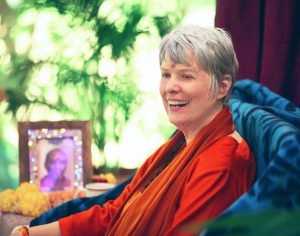 Yoga is not just about how you feel — it is about WHO you feel yourself to be.  When you begin practicing yoga, it makes you feel good.  Some people describe their first yoga experience as making them feel better than ever before!  In this way, yoga is about how you feel, especially in the beginning.

According to yoga’s ancient teachings and texts, asana is a way of working with your body to quiet your mind.  There is no doubt that you need to quiet your mind, but yoga promises more than a reduction of stress.  The purpose of quieting your mind is to discover the inner source and essence of your own being, Beingness-Itself.  In other words, yoga is not about how you feel; it is about who you feel yourself to be.

One man enrolled in a meditation course with me.  One evening, I gave the group an assignment to use a mantra during the week, for the purpose of keeping calm in the midst of life.  Mantra is a way of directing your mind beyond the usual petty stuff, into your own inner essence.  This particular mantra is:

I release my desire for esteem (or substitute “affection”)

I release my desire for power (or say, “control”)

He exclaimed, “I can’t repeat that!”  I asked why not, and he said that he needed survival, esteem, power and control, because his employer was downsizing and they were expecting layoff notices any day.  As the father and sole wage earner for his family, he needed to keep his job.   I pointed out that the mantra says, “I release MY DESIRE for…” He asked, “What is the difference?”  I said, “Repeat it and you will find out.” 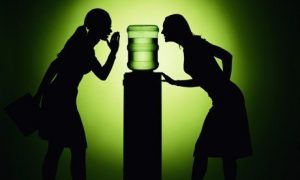 The following week, he returned with this story.  He repeated this mantra daily, even in the midst of the office activity.  He found that he could step back from the group clustering around the water cooler, copier or coffee pot.  Instead of participating in the constant gossip and speculation that fueled everyone’s insecurities, he would go back to his desk and get back to work.

At the end of the week, the layoff notices came out, and he was delighted to find that he was going to keep his job.  He went to his supervisor to ask why, and the supervisor said, “You were the only one doing your job, so I decided to keep you.”

Mantra is just one of the thousands of techniques that yoga provides for the purpose of shifting your inner sense of self.  This new meditator wasn’t just calmed down at work; he became a person who didn’t need to scheme and gossip in order to keep his job.

He described how this inner shift worked, explaining that he became a person with an inner sense of integrity and purposefulness that put him beyond the office politics.  He became a person who preferred to fulfill his responsibilities (the work to be done) instead of being someone so riddled with insecurities that he couldn’t see the larger picture.  He became fearless. 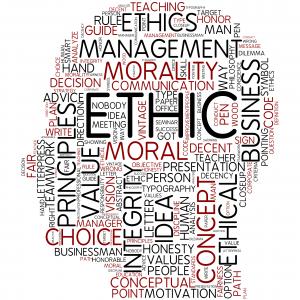 This is not simply feeling better; this was something much more significant and long lasting.  He didn’t just feel better; he became a new man.  He felt like he could handle anything.  Before yoga, he was a “man with responsibilities, living under a serious threat.” With the mantra, he knew himself as a man with high principles and a high work ethic, who could carry that inner reality with him even though the external landscape was shifting.  It gave him an internal continuity amidst the external change.

This internal continuity deepens with your continuing practice of poses, meditation, mantra or any of yoga’s many other practices.  It becomes a knowing of your own self at a new level, which is profoundly deeper and more intimate.  Yoga doesn’t merely make you feel better; it gives you a deeper internal point of reference. 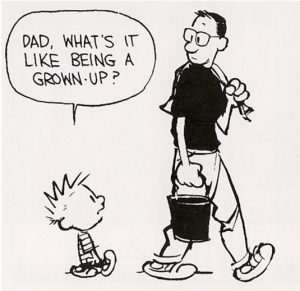 Your sense of WHO you are is not dependent on Popsicles, baseball scores, riding the wave of fashion, or getting attention from a certain person; at least I hope not!   You have a bigger sense of self.  Your world has enlarged, not only on the outside, but also on the inside.  You can take it or leave it — and you can even take the loss of position or the loss of possessions in stride.  Your sense of self is bigger than that.

You can easily check it out in your own experience.  Right now.  Sit up comfortably and check in with yourself quickly.  Where do you find your sense of self?  See how deep in you have to go to find that internal point of reference that says, “I am me.”  Now, slow down your breath and smooth it out.  If you know Ujjayi Pranayama, you can create the breathing sound; if you don’t, then just smooth and slow down your breath —not forcefully, but with a quality of gentleness.  Stay with it for two or three minutes.

When you finish, immediately check inward for where you find your sense of self.  How deep inward do you have to go to find that internal point of reference that says, “I am me.”  Has it changed?  Of course!  This is because the depth of your own existence is more than you currently know it to be — it is even more than you imagine it to be.  You are Consciousness-Itself.  You are the Source and Essence of the Universe, and Beyond. 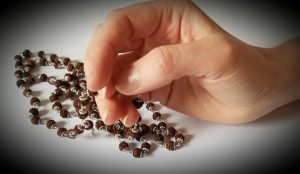 I invite you to adopt the mantra described above, though it can be hard to lift something like this off of a piece of paper.  When you sit in a room with someone teaching you how to use it, it is significantly easier.  The personal contact will empower it and empower your ability to use it.  Still, it will work.  More importantly, there are more effective mantras available, should you be interested in going further.  They are part of the ancient ever-existing science of yoga.  Poses work too, especially the way we work with the body in Svaroopa® yoga — opening the internal levels of the body creates an inner opening to the depth of your own Being.

Asana and meditation are only two of yoga’s eight entry points to the inner experience of your own essence.  The science of yoga offers you so many rich and beautiful opportunities — not just to change how you feel, but to change who you feel yourself to be.  Do more yoga!