Built into your humanness is the innate yearning for transcendence, which is cultivated by the Svaroopa® yoga practices.  While you are moving your body, taking care of your aches and pains, improving your health and mood, increasing your stamina and vitality, balancing your immune system and resetting your endorphins — you are also cultivating the call of your heart for mystical experiences.  Once you truly realize that you cannot get true satisfaction from outside, you can experience the yearning in its true form.  Kusuma Sachs described it beautifully in her blog:

The yearning is a sense of deliciousness that you know is there, but just beyond your grasp.  It is a tingling vibration deep in your being, promising something more, something that you know is more than you can even imagine.  It is the welling up of tears for no reason; it is the  longing for that which you know – and yet can’t grasp onto.  It is the elation that wells up, just by contemplating yearning itself.  It is the swelling of your heart into an expectation of unknown joy.  This is the yearning.  You know it so well.

To allow yourself to feel the yearning directly, without mundanating it, is both painful and delicious at the same time.  I made up the word, “mundanate,” meaning “to make mundane.” It is the opposite of the word “sublimate,” which means to make sublime. The contemplative traditions (monks and nuns) practice celibacy and prescribe that the initiates sublimate their sexual energy.  You may have thought that sublimating means repressing, denying, avoiding or even expressing sexual energy in abnormal ways, and may even have thought that sublimation refers only to sex.  In fact, sublimation means to make the mundane into something sublime, supreme, or complete. In terms of celibacy, it means you turn that overwhelming desire and energy toward God, who provides you with a deeper, more complete satisfaction than you have ever experienced, even with good sex.

While something mundane can be made sublime, it also goes the other way.  The sublime can be turned into the mundane.  This is what I see when I look at the popular yoga calendars.  The sacred postures that open you up to the experience of your own divinity have become circus posters, showing contortionists wearing almost nothing.  When the yoga poses serve their original purpose, they are a rocket ship to God.

You yearn for this experience.  The yearning is built into you, inherent within you and every human being.  Most of the people you know mundanate the feeling and look for satisfaction in a new job, a new pair of shoes, a new spouse, etc.  You’ve tried doing it yourself; after all, you had such good role models!  But it doesn’t work for you.  Somehow you know you are looking for something more.  And you get no satisfaction from all that efforting, as Mick Jagger says: 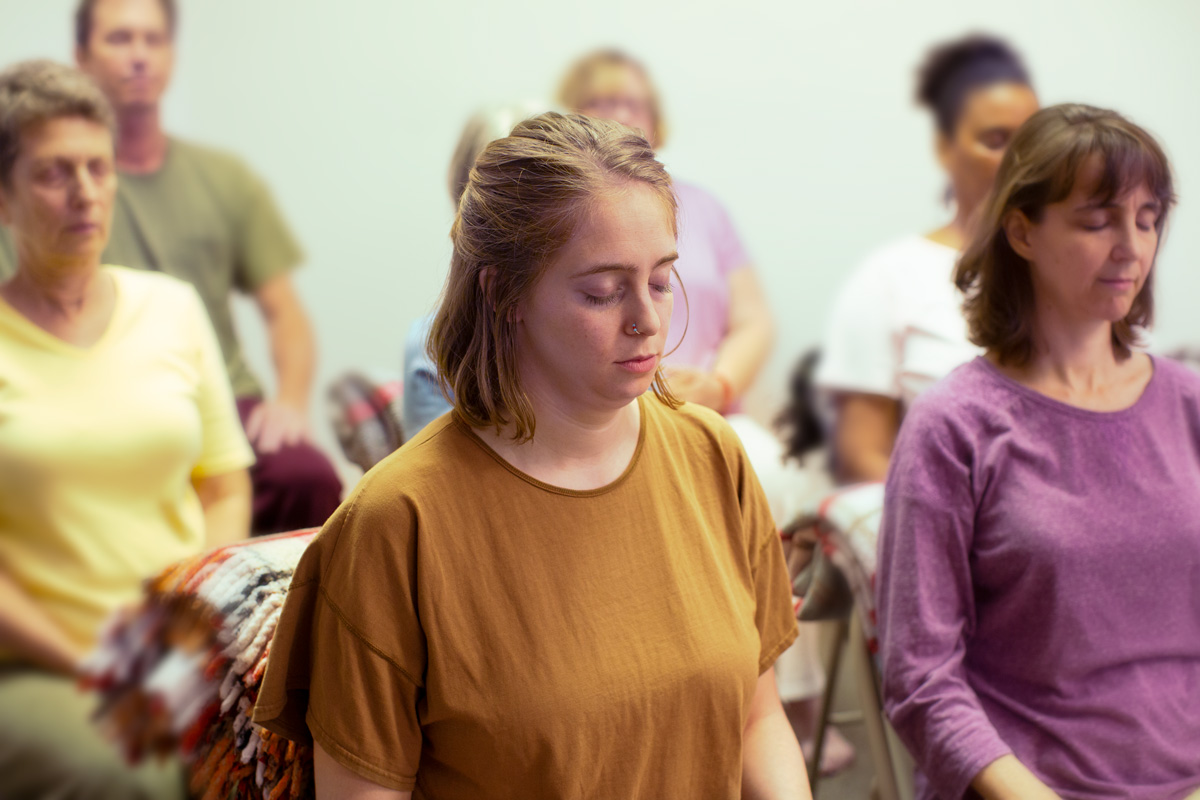 The “trying” gets in the way.  You get satisfaction by surrendering to your own core essence, which is the divine all-pervasive, ever-existent One Reality, which yoga calls “Shiva.”  You are Shiva.  This surrender is not a “giving up,” but a “giving in” to your Self. Discover your own core essence. Know your own Self.  Be that which you already are, the source of full and complete satisfaction.  And carry that into your life.