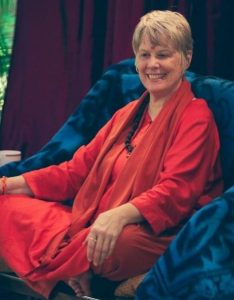 You can practice yoga without ever looking at an image of Shiva.  You can do all the poses and breathing practices.  You can benefit from the healing that Svaroopa® yoga particularly provides.  You don’t have to know anything about Ganesha to grow into the peace and transformation that the inner experience gives you, especially when you sit quietly for a few moments after releasing the tensions in your spinal muscles.  Or when you get that really deep yummy Shavasana at the beginning and end of class.  You can even learn Svaroopa® yoga meditation, to experience the vastness of your own being, and you don’t ever need to look at a statue or painting or learn any Sanskrit.

In the West, the formless is usually called God.  If you are uncomfortable with the word God, you can substitute another term:  the One, ultimate reality, the source, essence, infinite being, the highest, consciousness, existence, primordial beingness, higher power, etc.  Any of these terms is a good start, as it names “that which banged.” 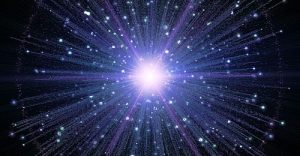 In 1992, physicists held a press conference to announce that the Big Bang Theory was no longer a theory, as it had been scientifically proved beyond doubt.  A journalist asked, “What was there before the Big Bang?  What banged?”  The lead physicist answered that is a matter for theologians, not physicists.  Yet today, physicists are studying the source texts of many religions for help in finding exactly what lies at the base of the universe; what is the source of the energy that becomes matter?   Yoga calls it Shiva.

Shiva takes on form, becoming this universe and becoming you, as described in this sutra:

Chiti, by assuming contraction, becomes both the universe and the individuals, who have the universe as their bodies in a contracted form.

The basis of all the yoga practices and teachings is this amazing formula:  God becomes you.  (Say it this way, “God is being me.”)  This includes your body as the tangible, real, material form of the formless.  Additionally, your mind is a contracted and conditioned form of the one ever-existent unconditioned consciousness. 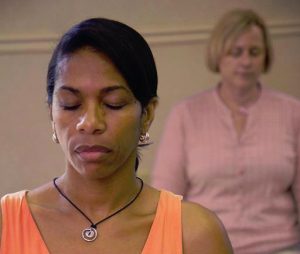 This is why you can work with your body in certain ways, ways that are different than what exercise-oriented methodologies offer, to unravel the contraction and discover the divine essence within.  You must also work with your mind, to unravel its limitations, to pour it back into its own source.  Yoga promises that you will know yourself to the deepest and fullest extent, recognizing your own divinity and seeing it in everyone and everything else.  This world — and everything in  it — is the form of the formless.