We are amid a meditation epidemic. The “germs of meditation” are spreading far and wide. The other day, I talked to a gentleman in the bank parking lot. He said he knew that meditation would help him sleep better. On an airplane recently, I overheard people in nearby seats conversing about their yoga. Yoga and meditation are becoming household words. 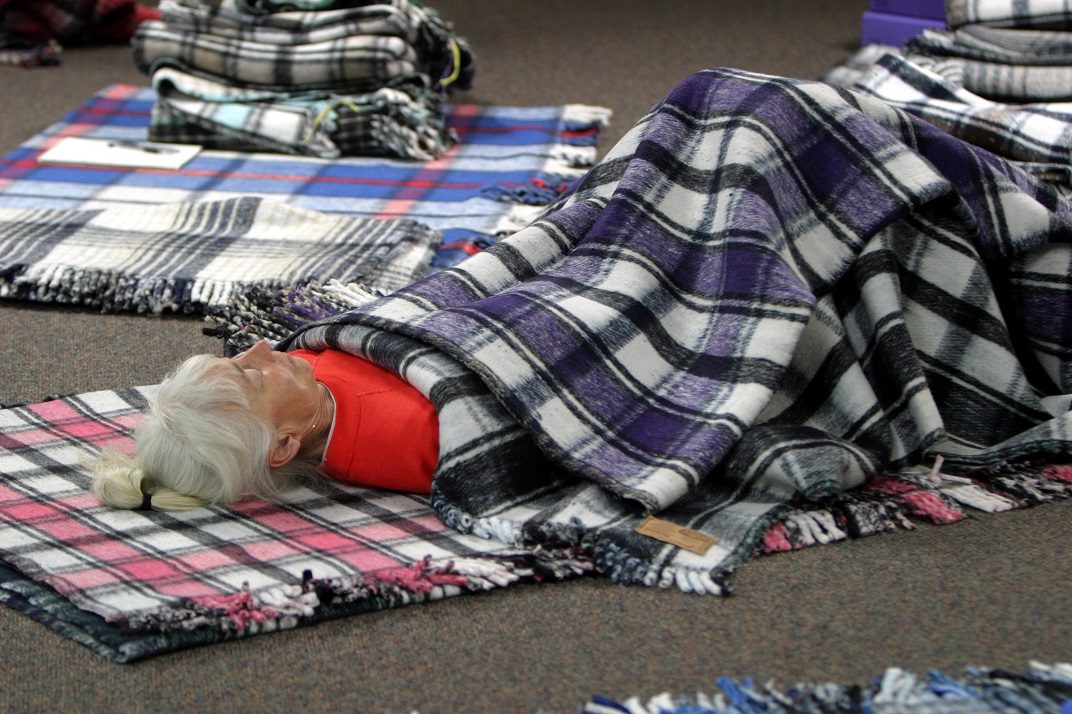 These statistics are not surprising to us yoga and meditation practitioners. We’ve all experienced the truly amazing benefits of these practices.  Remember how you feel rolling over after the closing Shavasana and Guided Relaxation in a Svaroopa® yoga class. Your body and mind have been transformed. You’re calm and energized at the same time.

Or remember that moment when you open your eyes after a meditation. Your mind is calm and clear. Your stress, anxiety and fears have melted away. With these experiences, you easily understand how yoga and meditation are spreading. That they are becoming mainstream is no surprise.

A Google search shows many of the scientifically proven benefits for your body, mind and emotions. The benefits list is long and impressive. Yet they are just the by-products of the true purpose of yoga and meditation. These ancient mystical practices are for the purpose of knowing and experiencing your svaroopa, your true form, your Divine Essence. This is who you truly are. It’s called your Self, with a capital-s, because it’s worthy of respect, honor and even worship. You are worthy of respect, honor and worship.

The Shiva Sutras describes the goal of meditation:

This yogi experiences the sweet bliss of the Self in every location and situation, and shares it with others.

Thus, when you know your Self, you’ll be in bliss. If you’re not experiencing bliss, you’re not being and knowing your own Self. This sutra tells us that the goal of meditation is not merely to experience the bliss of your Self in meditation. Ultimately, the goal is having this experience in “every location and situation.” Your bliss is transportable. The promise is that your inner bliss continues whether you’re at work, with friends and family or by yourself. The bliss of your Self is always there, so you can experience it everywhere and in every situation. 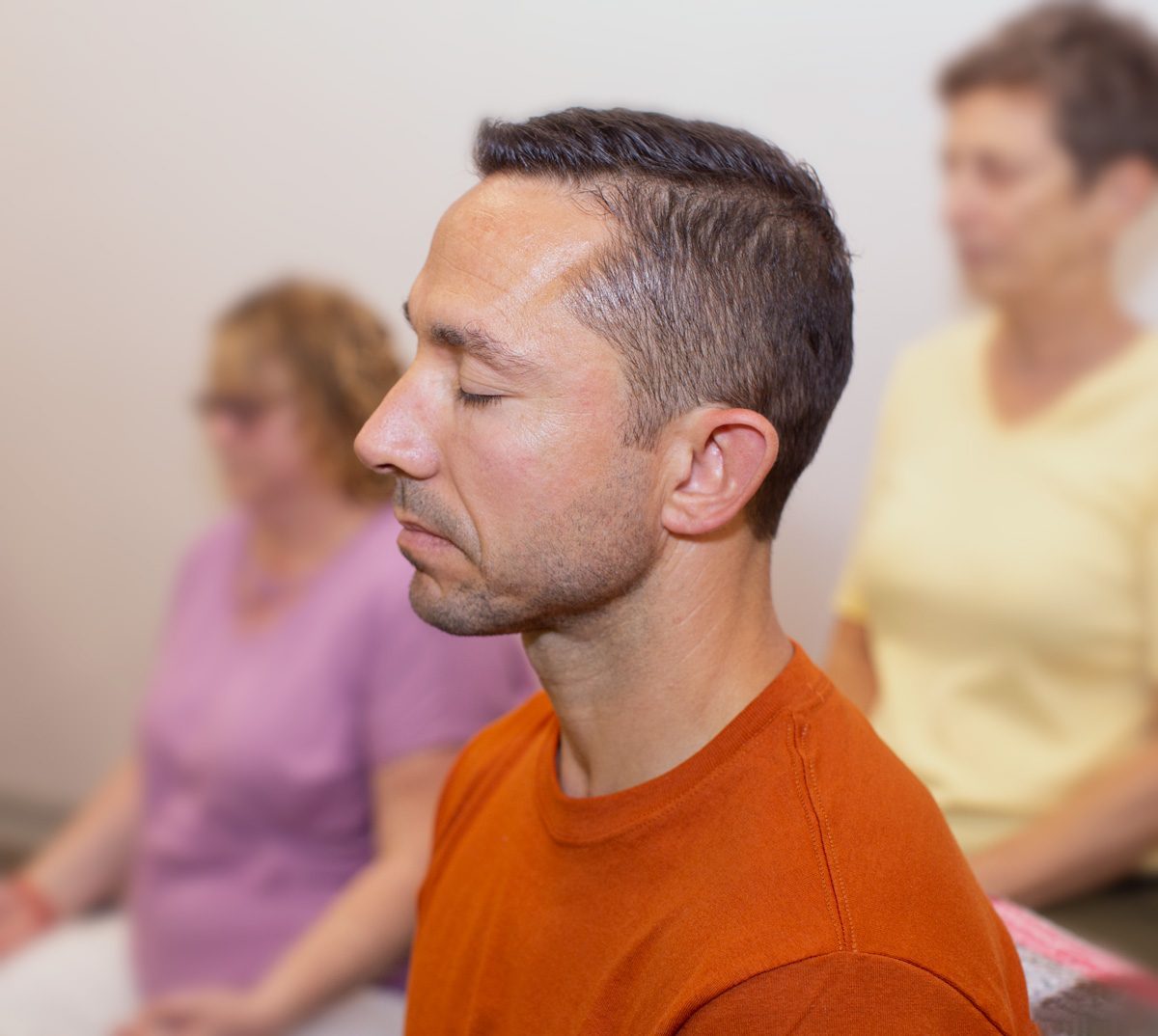 This ecstatic promise is likely not the reason you started to meditate. Most beginning meditators don’t even know about the “More” that meditation offers. Often, their motivation to start was to reduce illness, stress, anxiety or emotional pain. Yet people have been faced with these challenges for centuries and longer, with many possible treatments. So why is meditation growing in popularity now?

We get a hint from this Shiva Sutra verse. The last part of the translation says that the yogi “shares it [the bliss of the Self] with others.” We Westerners have had the great good fortune of meditation masters from India sharing meditation with us for a long time. They have shared the wisdom of the ancient yogic philosophy with the West. More importantly, they shared their presence.

It began with Swami Vivekananda speaking at the Parliament of World’s Religions in Chicago in 1893. Starting in 1958, Maharishi Mahesh Yogi did world tours and trained over 40,000 teachers, who taught over 5 million people2. Then Swami Muktananda did three world tours between 1970 and 1981. During his extensive periods in the United States, Muktananda offered Maha Shaktipat Diksha. This initiation awakens your own inner power of revelation, called Kundalini.  Once awakened, Kundalini fuels your meditation practices and reveals your own Divine Essence to you. Thousands and thousands of people received this initiation from Baba Muktananda.

In this way, Baba spread the “germs” of meditation very tangibly. These “germs” spread effortlessly to those who simply sat in his presence. He was established in the bliss of his own Self. Since this state is your true nature, simply by being in his presence, you attune to your own inherent bliss. You can’t avoid it. It’s your inherent natural state. It’s like when someone in the room starts to giggle. You can try to resist the laughter, but resistance is futile. It doesn’t take long until the whole room is in tears of laughter. 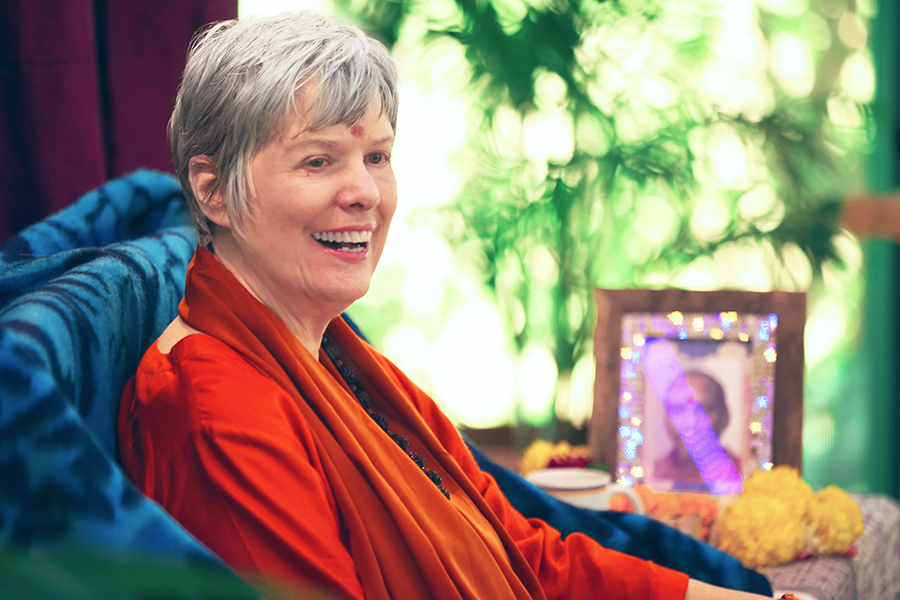