There are so many wonderful things about Shavasana, especially when you have the props that make it possible for your spine to relax.  But the real reason you love it is because you dive in deeper.  What is deeper?  Deeper is the experience of your own Self.

Shavasana is not a nap.  If your head stays in the middle, you’re not sleeping.  You’re experiencing your own Self, your Divine Essence.  If your head turns to one side, even slightly, you do fall asleep; you are not experiencing the Self.  Check it out.  In a Shavasana, turn your head toward one side a little bit and remain in the pose for the same amount of time.  You can tell that it’s not the same. The nap makes you feel a little tired as you are getting up.  Instead, with your head in the middle during your Shavasana, you experience a profound deep immersion into Self.

The physical improvements you get from Svaroopa® yoga are amazingly easy.  It works from the inside-out; we call it core opening.  This spinal decompression provides physical benefits, plus it creates a deeper opening, into your Self.  It becomes easy to explore who you are at the innermost level.

Deeper than your body, deeper than your mind and heart — who and what are you?  You find your answer by finding your Self, “svaroopa,” which is your Divine Essence.  Knowing your own Self is the real purpose of Svaroopa® yoga, the mystical secret hidden in the seemingly simple physical processes.

Your body is a living body because the energy of enlivenment flows through your spine.  Named “chi” in Chinese, Sanskrit calls this energy “prana.”  As your core opening increases, your pranic flow opens up, making you progressively healthier, more alive and even younger. 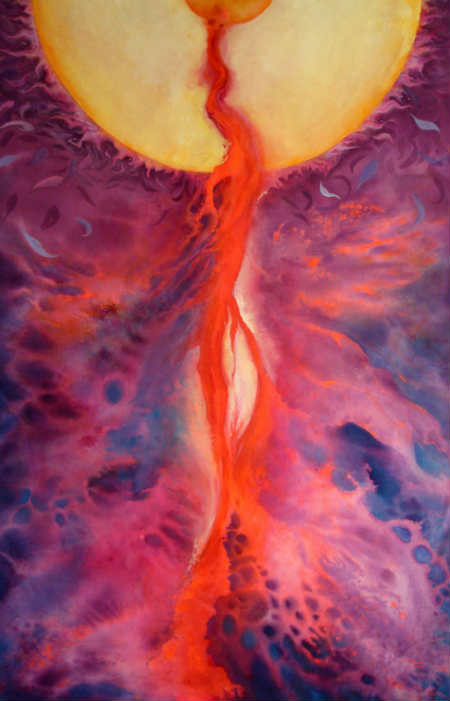 Once you get enough opening at your tailbone, the Grace of Svaroopa® yoga ignites a more powerful current: the enlivening and enlightening power named “Kundalini.” This is your own inner force of upliftment, working within you to reveal your own Self to you.  This is Shaktipat, the specialty of Svaroopa® yoga.  This is why Svaroopa® yoga is the yoga of Grace.

Grace is a technical term in yoga, classified as the fifth of Shiva’s Divine Powers, clearly described in the Pratyabhij~nah.rdayam:

Shiva performs the five processes on the cosmic level [as well as on the individual level]:  manifesting, sustaining, ending, concealing and revealing.

Shiva is the name we use for Ultimate Reality, the “who” that brings these powers into being and uses them to create the world and to become you.  As an individual, you use all five of these powers, though in a more limited way because you don’t yet know you are Shiva.   These five powers are:

To your Inherent Divinity, again and again I bow.