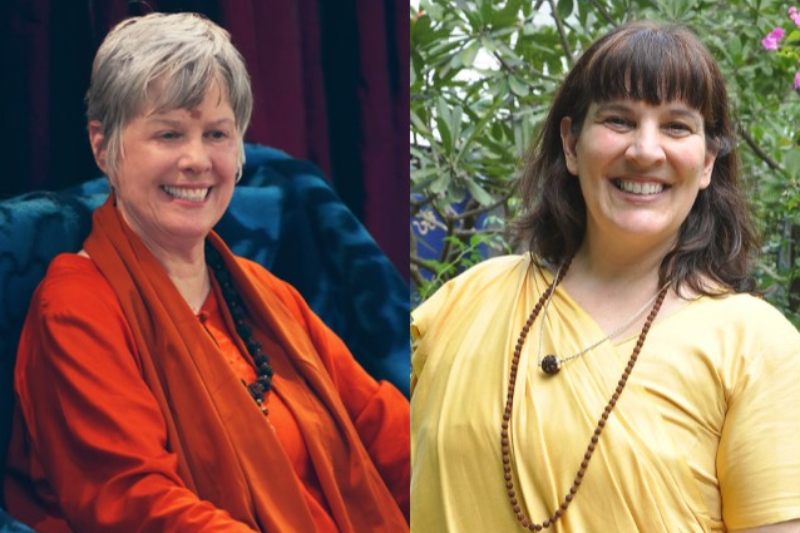 To see a World in a Grain of Sand

And a Heaven in a Wild Flower,

Hold Infinity in the palm of your hand,

And Eternity in an hour.

William Blake’s ecstatic poem is widely quoted because it speaks to a truth that you know deep inside but usually forget. Consider for a moment, if the world is in a grain of sand, what is in you?  Yoga says you are the whole of infinity in an individualized form, and promises that you can know this by exploring within.

It’s easy to feel like your body is just a body: skin encasing muscles, organs and bones.  You wake up in the morning, look in the mirror and, instead of seeing infinity in your eyes, you see bed-head and teeth that need brushing.  Perceiving your body in this mundane, material way is normal.  It’s a scientific perspective.

It stems from the Renaissance, when Western science began developing logical analysis and systemic observations of the human body and the world. Previously the body was thought to be something that housed the spirit.  It changed in the 16th century, when scientists studied cadavers to understand the human body and learn its secrets, while considering the body to be material — nothing spiritual at all.

Now scientists study living bodies, using x-rays and other types of imaging, but they still consider it to be merely material.  There is a lot more to be found by studying a living body than a dead one, so science has developed incredible and valuable understandings of your body. Yet exploring your physical body is still a limited exploration.

Yoga honors your body as a divine body, while offering you tools and opportunities to cultivate a deeper knowing.  Yoga makes it easy for you to dive inside and find that you are more than you ever dreamed of, that your self is THE Self, the whole of Consciousness. 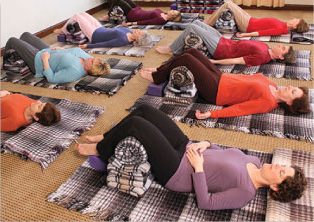 The Guided Awareness that begins and ends your Svaroopa®  yoga class is one of yoga’s tools.  Resting in Shavasana, a pose recognized as the most important of all the physical practices, you are guided to bring your awareness to each area of your body in turn, “outside and inside.” It can seem like ‘’inside” is an instruction to explore the inner physical reality of your body. Another Teacher Training student in one of Rukmini’s trainings described that she “went ‘inside’ during a long Shavasana, and found herself like Jacques Cousteau, whizzing through her circulatory system, as tiny as a blood cell, on a grand adventure in her body.”

Swamiji had a student in his sixties who enjoyed the opening and closing Shavasanas in every weekly class, but he didn’t talk much.  One day, she talked about “outside and inside” being more, that “inside” is not just bones and muscles.   He shared that he’d thought he was supposed to be developing his ability to see inside his body, to see his muscles and organs and bones, like he would have x-ray vision.

While yogis do develop an awareness of their body that other people don’t have, the Guided Awareness is about much more.  It is about the deeper dimensions of your being.  When you go “inside,” you’re not just going into skin, muscles and bones; you can keep going, into the energy they’re made of.  This energy is conscious.  In fact it is consciousness, which is swirling as energy in order to manifest as you.  When you track it to its source, you discover the One Infinite Reality that is its own source, which yoga names as Shiva. You just have to look a little deeper.