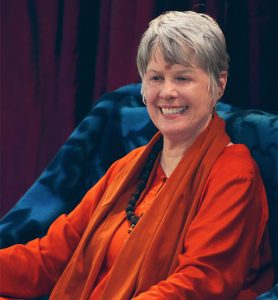 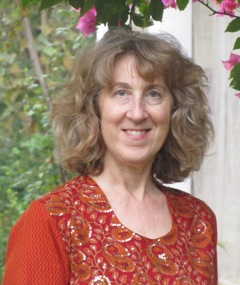 There is an energetic pattern for the human body — a template.  We all have two eyes, one nose, one mouth, two arms, two legs, etc.  The ancient yogis mapped the energy patterns of the template, an atomic map of the human body. Their map is the foundation for acupuncture as well as many of yoga’s practices.  Acupuncture calls these energy flows meridians. Yoga calls them nadis. 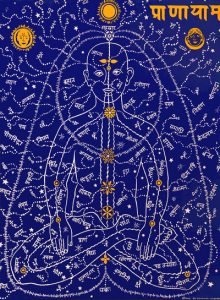 Thousands of years ago, yogis mapped all of the 720 million nadis in the human body.  All of them branch out from the core flow, in middle — your spine.  Your nervous system is the physical equivalent of the nadis with all your nerves branching off from your spinal cord.  If scientists designed an instrument to detect these energy flows in the human body, they would find the template the yogis describe, and tell you that your spine and nervous system hold the highest concentration of energy in your whole body.   Unfortunately this means that your spinal tensions have not only physical effects, but they also block the flow of the energy that keeps you alive.  Svaroopa® yoga specializes in core opening, which is the decompression of your spine, both physically and energetically.

When you begin Svaroopa® yoga, you get rapid, almost miraculous improvement in your physical condition.  From foot and knee pain, through digestive imbalances, to neck or jaw pain and even headaches, core opening helps all of them, even all at the same time.  Chiropractors and osteopaths explain how this works, a familiar paradigm.  Yet yoga describes more:  the energy that makes your body’s energy grid work, called prana in Sanskrit, is the power of your own presence enlivening your own body.  Decompressing your spine is like getting the kinks out of a garden hose, so your whole body becomes more fully alive, enlivened by you, from your spine outward.

When we use a particular pose to release tension in muscles connected to your tailbone or another part of your spine, we are working on your physical anatomy.  Your body feels more open and free, which creates an instantaneous effect on your mind.    Yet more is going on, whether you’ve been able to identify it or not yet.  Simultaneously, the angles of all the poses are opening up subtle energetic levels.  Yoga describes that the fullest potential of a human being becomes available through this inner opening, specifically through your spine.

By means of the middle channel (your spine),

you attain the bliss of consciousness. 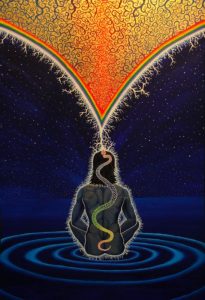 Swami Nirmalananda describes your spine as the “conduit of consciousness.” What is consciousness? Consciousness is beingness, the pure Is-ness that has always existed, and existed before anything existed.  Consciousness also moves and flows, being the energy that materializes this world out of nothing.  Your body is one of the things being materialized.  In your body, a current of energy flows through your spine, keeping you alive and giving you the unique capacities of a human being. One of those capacities is something that few people have interest in exploring – an inner potentiality.  Most people explore the world outside of them, but yoga says your greatest potentiality lies within.

Once you get a certain amount of core opening, the prana (life-energy) in your spine is amped up by a higher frequency moving through.  Swami Nirmalananda’s presence and teaching assures these reliable effects of core opening:  the release beginning at your tailbone provides:

Alignment with Grace is core opening — the spinal release that opens up what was hidden inside you; opening and aligning your spine opens a profound doorway to experiencing your own Self.  Do more yoga.  Do more Svaroopa® Yoga.